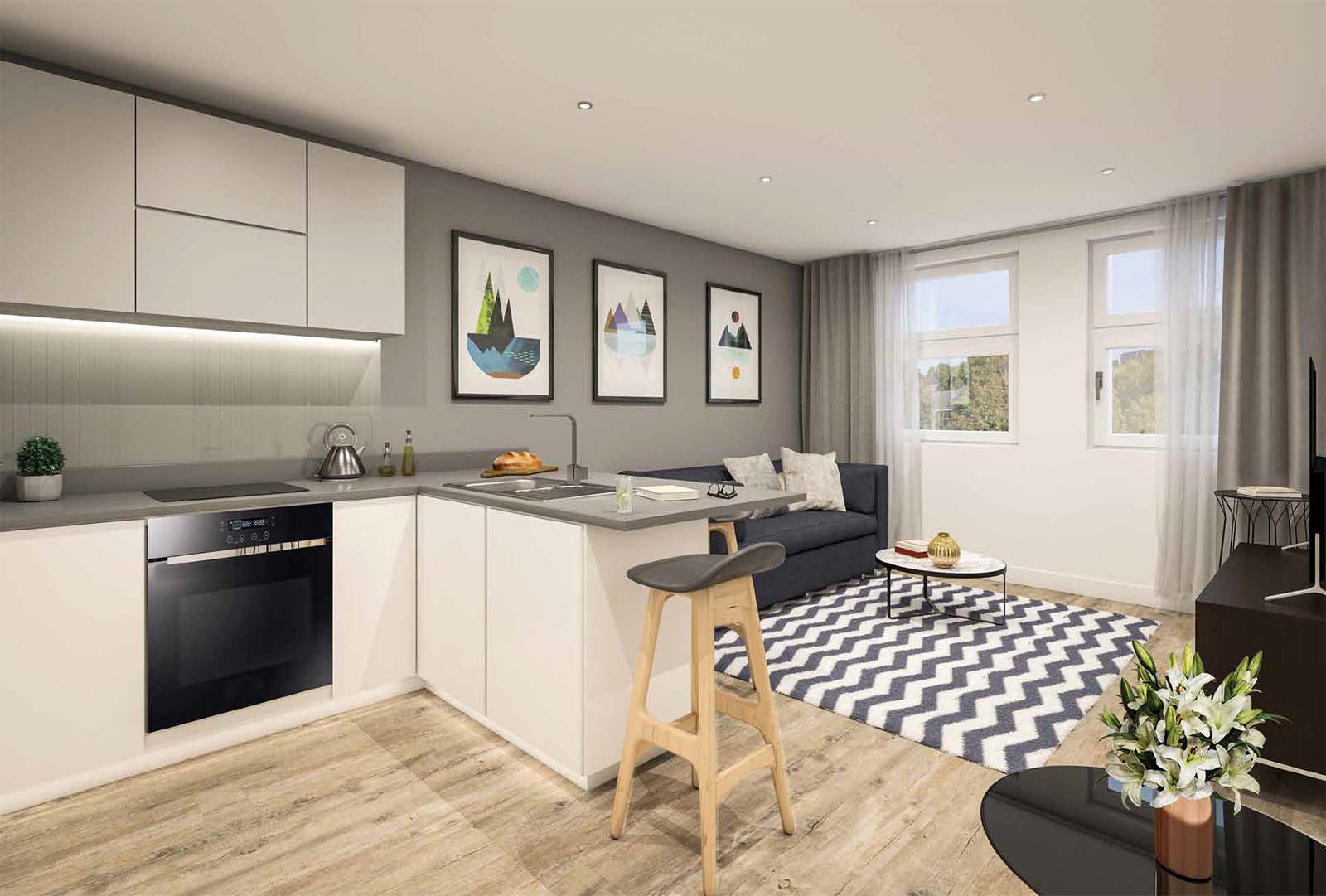 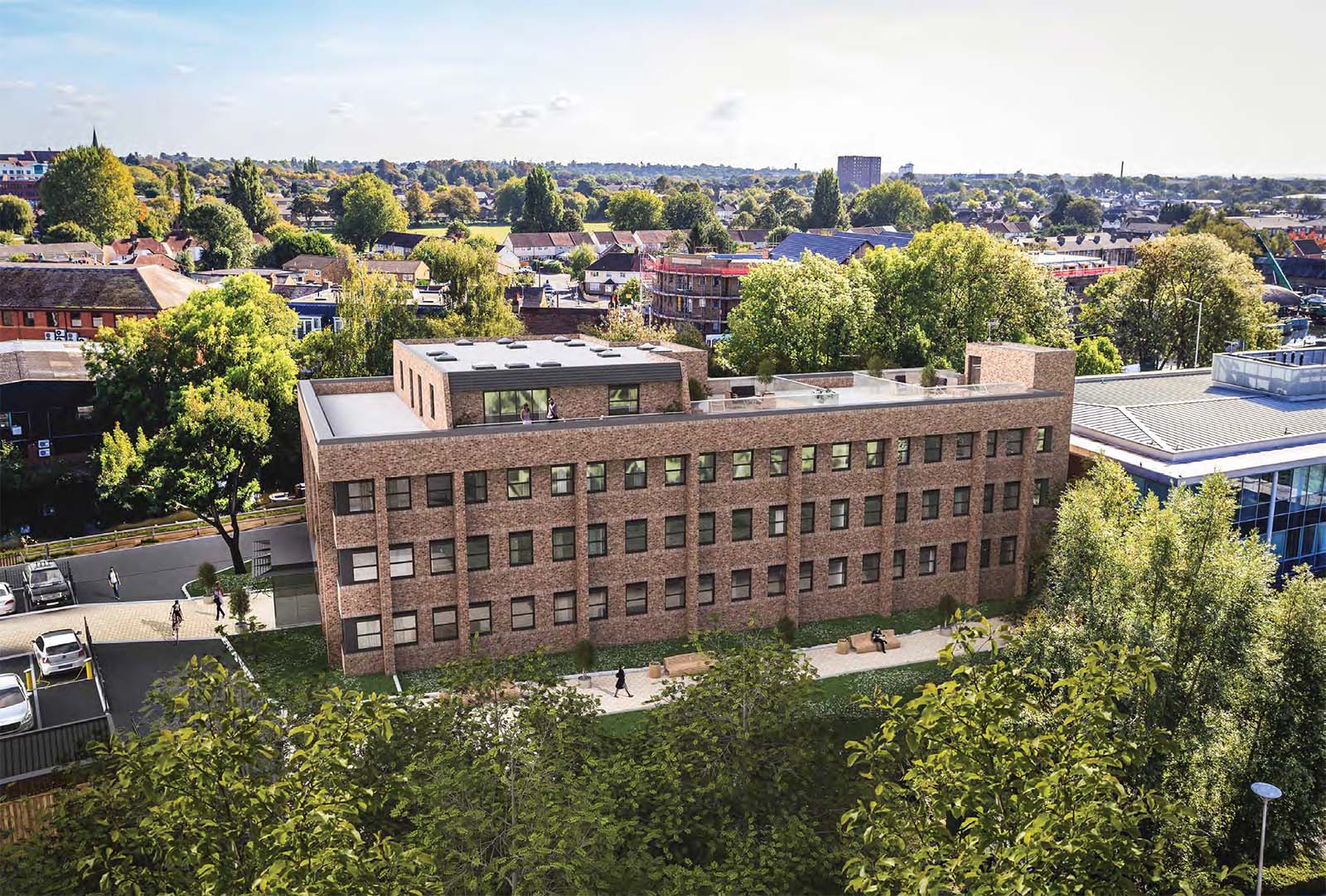 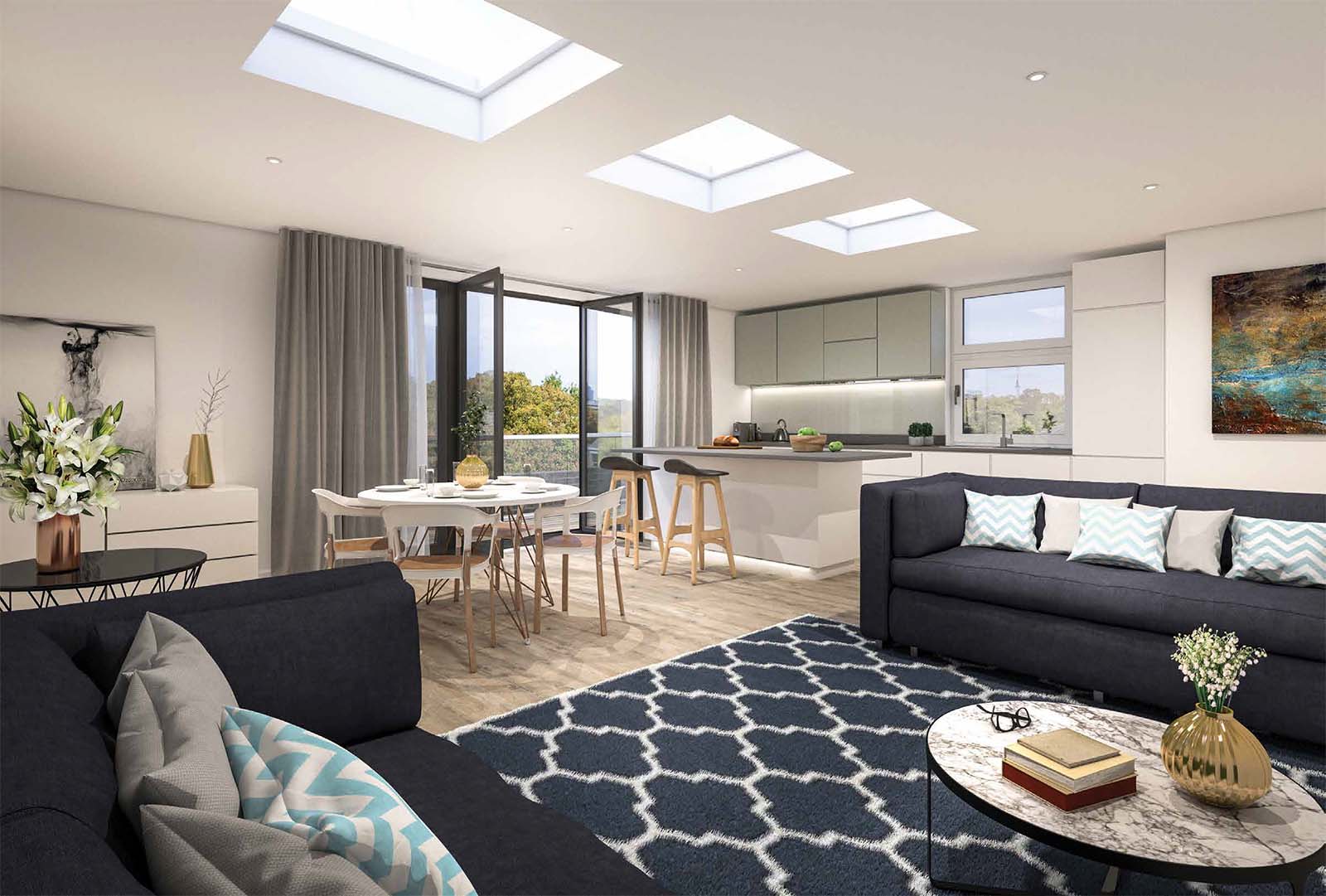 A brick-built former wharf building, Dolphin Bridge House is a striking collection of 41 apartments on a peninsula surrounded by the waterways of the Grand Union Canal and the River Colne. Connected by the Metropolitan and Piccadilly lines in the affluent west London town of Uxbridge, this charming development offers stylish waterside living only 36 minutes from Central London.

From Dolphin Bridge House, Uxbridge Underground station (Metropolitan and Piccadilly lines) and the town centre are a 10-minute walk.

Uxbridge is known for its canal side living and period houses, a legacy Dolphin Bridge House continues. Connected by the Metropolitan and Piccadilly lines, Uxbridge is an appealing commuter town, the Underground station itself a celebrated Art Deco landmark.
Dolphin Bridge House lies on the western side of the town, the area favoured by families and young professionals for its network of waterways and former mill conversions, giving it a unique urban identity. In the last 10 years, the Intu Uxbridge shopping centre has added another mall to the town’s retail and transformed the town centre. It also hosts a nine screen Odeon cinema.
In 2016 Coca-Cola announced it was to make Uxbridge its European and British headquarters, a brand that has a long association with the town. A diverse range of industry occupies the town’s office space with other major HQs including Apple’s UK head office, Cadbury, Xerox, PWC, Mitsubishi, GSK, Hasbro, Cisco Systems, IBM, Fujitsu and Hertz. These commercial giants have led to a steady growth of incoming as well as outgoing commuters to London.

IMPORTANT: Please note that gross yields are estimated based on comparable properties with the area. All enquiries associated with this property are made on this understanding and no liability is taken by Property Wealth Ltd.

Dolphin Bridge House sits on the doorstep of the vast Colne Valley Regional Park, 40 square miles of farmland, woodland, wilderness and water. There are over 200 miles of river and canal, and 60 lakes.
Home to a visitor centre and hosting an annual calendar of events, there are a huge range of clubs and societies that use the park including walking,
cycling, fishing, horse-riding, wildlife and conservation, orienteering, boating and seven golf clubs.
The park is a two-minute walk from Dolphin Bridge House, a phenomenal green space to have on your doorstep bearing in mind Central London is only a
36 minute train journey away.

Speak To The Experts

You can simply call and speak with your expert Portfolio Manager on +44 (0) 207 097 5107. If you prefer to email or would like us to call you back please fill out the enquiry form.